The fact that diet affects our health, well-being and even the appearance of our skin is well known. In recent years, the demand for pesticide-free or pollutant-free food has risen sharply. In 2017, organically produced items accounted for a record 10.04 billion euros of revenue in Germany alone. 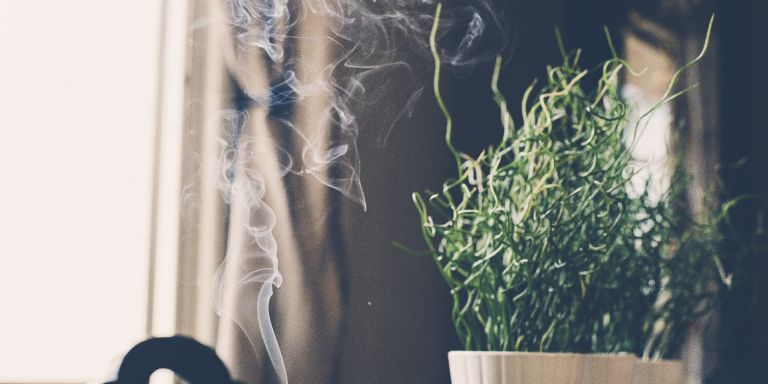 It seems strange that as a health-conscious society, we never seem to consider the quality of the air we breath - which quite often is anything but "organic", particularly in urban areas, and in offices where computers and printers run day and night.

Formaldehyde, ammonia, benzene and trichloroethane are some of the most common pollutants found in our air. Typically, the concentration of these pollutants is too low to have an immediate impact on us. In the long term, however, exposure to even minute doses can trigger various clinical symptoms, all of which have of late been grouped under the term "sick building syndrome".

Some of these symptoms include: listlessness, nausea, depression, hair loss, lack of concentration, headache, fatigue, sleep disorders, weakness, and so on. Unfortunately, little research is available on the relationship between airborne toxins and the aforementioned health symptoms, meaning that the air we breath is not generally taken into consideration when it comes to diagnosing the causes of these common health complaints.

Recent studies from Korea and Japan show extensive and immediate statistical correlations between the occurrence of "sick building syndrome", and an increase in formaldehyde and xylene loads in susceptible persons who spend time inside newly constructed buildings (where the pollution levels are particularly high).

Fortunately, nature comes to the rescue! Using only a handful of well-chosen and well-placed indoor plants, it is in fact possible to remove almost all pollutants from the air at home and at the office.

How exactly do plants filter out pollutants?

In 1984, Dr Bill Wolverton discovered that some plants absorb specific toxins (not just carbon dioxide) out off the air. For his experiments, plants were placed in airtight plastic boxes, which were then filled with high concentrations of the toxin in question. The result: some plants are highly effective in absorbing specific pollutants, while others have little or no effect on that same toxin. Hence it is extremely important to choose the right plants! Following Dr Wolverton’s astonishing results, the precise mechanisms responsible for air purification were more closely investigated. The following processes are particularly important:

Based on Dr Bill Wolverton’s results, we listed below the most useful plants to target specific airborne toxins:

Printing ink, fumes of various kinds, paint, plastics, rubber, dyes, detergents, gasoline, cigarette smoke, various combustion processes, synthetic fibers, adhesives, are amongst the most common sources of benzene. Symptoms such as tiredness, dizziness, headache and loss of consciousness can occur even after brief exposure to this chemical. Long-term effects can include blood cancer, immune system disruptions, various respiratory diseases, as well as damage to cell DNA.

Ammonia is a byproduct of the decomposition of feces, such as in places where animals are kept, cat litter, and agricultural manure. When exposed to this chemical, symptoms typically occur first at the eyes and in the lungs. With higher doses, internal organs, the brain, and any tissue that is in contact with the poison are severely affected. Possible symptoms include liver disease, kidney disorders, enzyme deficiencies, Reye syndrome, confusion, and disorientation.

Xylene is found in solvents, paints and varnishes, as well as in plastics, printing ink, adhesives, rubber, artificial leather and pesticides. Exhaust fumes from combustion engines are another possible source. Xylene acts as a neurotoxin and causes symptoms such as headache, dizziness, nausea, vomiting, various neurological disorders, respiratory irritation, chest pain, and shortness of breath. It is also linked to higher incident levels of pulmonary edema.

How do you do it?

You might think that a veritable jungle of plants is needed to purify your indoor air, and yes, your room will become a lot "greener" that way! However, it is actually quite easy and straightforward to use indoor plants as a means to keep your air clean. A typical room of 22 square meters floor space, and 2.40m floor-to-ceiling height, has an air volume of 52,800 liters (excluding furniture).

Since airborne toxin levels can only be detected by professional equipment, we assume a pollutant load of 0.173 μg formaldehyde and 0.022 μg xylene for each 1L of air - an already unusually high concentration, you would only find in newly constructed buildings. This means that our sample room contains a total of 9.134 mg formaldehyde, and 1.162 mg of xylene.

In order to filter the entirety of these chemicals out off the air, all it takes is five 50 cm sword ferns, plus three similarly-sized Dieffenbachia Camille plants. In addition to this, we would also recommend the following assortment of plants, in order to eliminate other types of pollutants:

Sansevieria laurentii is especially useful in your bedroom, since it also produces oxygen during the night.

Cold pressed, all-natural with the full power of the…